Urban development in the industrialized countries in the 20th century can be characterized as a process of expansion and redevelopment, with the formation of a huge and highly-advanced complex of built environment. However, because conventional technologies are focused on the construction of these buildings and infrastructures, it has become difﬁcult to ensure that urban space can adapt to environmental constraints and economic, social and cultural changes in the 21st century.

In order to meet the social demands for the upgrading of social capital in a sustainable manner and regenerating attractive urban space that is not only safe and highly efficient but also reflective of historical, cultural and local identities and expectations, a new discipline, the Center for Sustainable Urban Regeneration (cSUR), was established in 2003 with the support of the 21st century Center of Excellence (21COE) project of the Japanese Ministry of Education, Culture, Sports, Science and Technology (MEXT).

Having achieved the objectives set out for the 21COE, the Global COE (GCOE) enabled cSUR to further expand its activities by developing research ﬁelds, academic networks, and the new professional generation of engineers and scientists.

Finally, GCOE extend the international research network with involving overseas research fellows as the foundation of the IASUR. 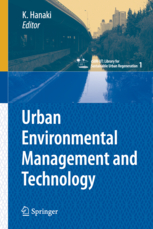 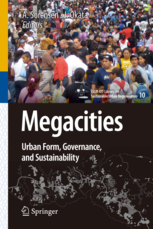