In the 21st century, the rapid urbanization, high density growth, urban sprawl and slums, as well as increasing informality in urban activities, are still the major challenges for the most of Asian cities and regions. In response to these issues which aimed to establish how engineering, including civil engineering, environmental engineering, architecture and urban planning, can make significant contributions to the resolution of the increasingly severe problems caused by global warming, environmental pollution and urban vulnerability, and to the realization of sustainable cities and regions in Asia, we came to recognize the importance of promoting new paradigms and methodologies. At the same time we recognized the limitation of individual activities among researchers and educational institutions to solve complicated environmental issues.

Following the Agenda of the International Workshop in December 2012 at The University of Tokyo, Japan, we established an international alliance in order to form an international and interdisciplinary network connecting universities and research institutions toward a solution to sustainable urbanization and regeneration, based on the accumulated education and research achievements and experiences of universities in Asia and other regions. This first international conference that was initiatively organized by the Organizing Committee for International Alliance for Sustainable Urbanization and Regeneration (IASUR), and the first international conference was a memorable event to the launch of the new alliance as well as a remarkable opportunity to exchange the up-dated information and ideas. 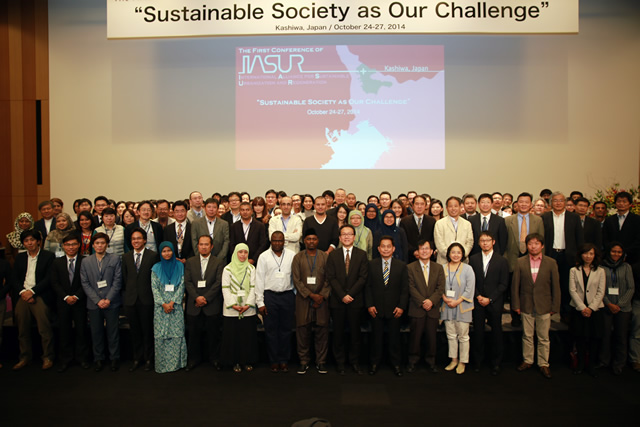